To be or not to be. To persist in between the current and the opposition and to remain an entity. To feel guilty and clench your fists whether it was a chance missed, a blessing unseen or a sentiment taken for granted. To persist with dried eyes and numb lips as you ascend the wooden stairs, you see clearly the rope, the stool and the liver. You see nothing else but a dark figure clenching the decisive end of the guillotine as you step forward. It is not fear, shame or guilt you feel but an incessant knock on the door as you close your eyes and fall into this void of discomfort. You suddenly feel the tightening grasp of the rugged rope around your neck and you start to panic. Is this really what I want? Wait! Did I make a mistake? Do I deserve this? – The ground vanishes and the rope tightens.

It had been ten years since I walked in that carpeted hallway however my sentiments were not nostalgic. As I approached the wooden doors of my late father’s office, I felt a pang of guilt as if I was a murderer. It was as if I was being brought back to the responsibilities that I had left unnoticed years ago. As I opened the grand doors and entered the most worshiped place of my father I felt the stress and the anxiety that twelve year old Raahim felt when he would run into this room to seek his father’s attention, or when he would wait with patience to hear the knocking of his father’s cane or maybe the time when he would feel like an outcast.

It was different then and evermore different now but a lot had not changed. The grown up Raahim still had that deprived child dwelling inside of him still waiting for his father’s approval, a smile perhaps, a pat on the back or even a hug but all that is too much to ask. I remember clearly that holy day of no date for I was extremely exhilarated thinking that my dream had been achieved. I waited patiently on the staircase for my father to return from his work to show him the trophy I had won in an arts competition in school. As he entered the hallway, I sprinted towards him in contentment and handed him my trophy and narrated the incident. Instead he gave me a sour look and a sharp rebuke, “A trophy for playing with colours – I expect you to go and look at the plagues on the wall – you belong to a family of achievers in the real world and not some renegade artists.”

I agreed to follow in his footsteps thinking it will make the old man happy however I had no interest in businessmen who never looked at problems to solve them instead worked out ways to obtain more profit. Nonetheless, this rebellion simmered as I acted against my will to meet expectations but obtained no results and definitely no approval. One day the rebellion boiled up till the rim of patience and suppression.

Suddenly the grandfather clock strikes twelve in the noon. I widen my eyes in apprehension and I realize I am not in the past anymore. I feel that my throat has dried up. I start to cough and then choke. I placed my boiling hands to my throat. With my eyes clenched shut I realized the urgent need of water and I reach for a glass of water on my father’s desk however I suddenly get a leg cramp from the continuous standing thus I trip and the glass crashes to the floor. BANG! I swiftly shut my ears with my hands as I remember how I banged the door of my house on that fierce day. The rebellion had finally boiled over.

As I walked away that day from my comfort zone, from the family who had brought me up, I felt nothing but the excitement of a child with freedom, ambitions and dreams. As I gripped the university acceptance letter in my hand, I held the future in my hands, a future which could not be seen but only held tightly. Simultaneously I could see my father standing unhindered and unfaltering behind the very desk that built his fate, most probably disappointed in his son.

Four years passed drastically as I completed my degree in arts after which I initiated my own start-up in arts, painting and internships. Many years of hard work resulted in the establishment of my multinational company and in fact six years later I was astonished when one of my cousins became an employee of my company. His name was Asif and he too had decided to steer his own destiny like I did. One day over a cup of coffee, he glanced at the picture of my father on my desk. He looked down at his cup and said, “He’s dead. You’re father. He died a year ago. There’s no use of that picture anymore.”

A knock on the wooden door widens my eyes in perplexity as I feel the stone in my heart. As I carry the pent up emotions and silenced words, I make my way to the door and I am informed that my mother calls me to the drawing room. I feel helpless as I apprehend the weight of the responsibilities I have to fulfill. As I walk out into the hallway, I see the main door of the house to my left leading outside to a world unknown and to my right I see the staircase leading to the drawing room. And there I stand between two opposing voids, in the grey zone, wondering whether I am a singularity or an entity, whether I am black or white. 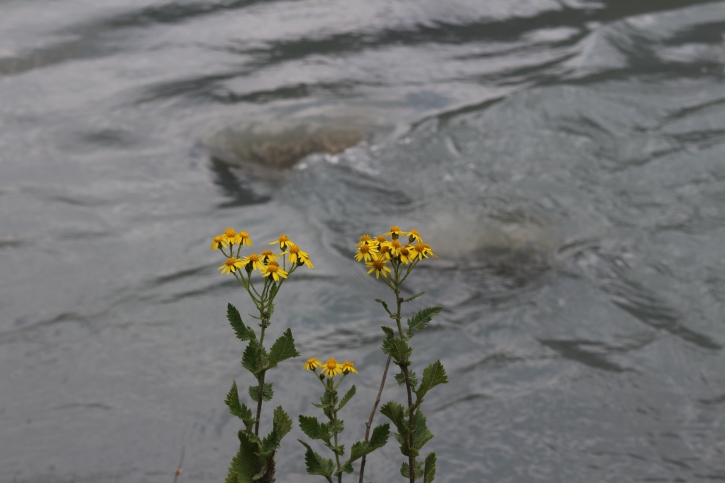