You see life is but nothing without the excitement of the unknown and the unhindered. Us as man and as God’s miracles are but just spiritual, celestial bodies sent down to learn from this anonymity and to find that which is good and apprehend that which is bad. However it is not the destination that you arrive to which matters, it is the journey that you take all along that is valuable. For the destination is but one chosen, specific point in your own itinerary, the path that takes you to it however is one that winds around millions of other destinations that somehow ended being on your pathway.

I have always believed that whatever happens and whatever takes place is but a force of nature trying to tell you something, a hidden message perhaps, or an ode unspoken. This act though stands unexplainable but later on when you are given the chance to see the world through a bird eye view, you get to see the bigger picture most often than not. You see I heard someone say, that it is the wild unknown that seeks you and not YOU who seek it because no matter where you stand you always end up someplace new. This is but the beauty of life and its pathways, it will take you along a smooth road once just to surprise you with a rocky one around the next corner.

Now I am not the first person to be inspired by this wilderness, Cheryl Strayed, Paulo Coelho, Marco Polo and manifold other respected names are also on this list and though I stand incomparable to their works, the feeling however is mutual. Now over the years I have heard many people say that comfort is where home is, however in my opinion comfort is wherever you find home, whether that is in a street in the city, a muddy road in the countryside or in the cold of the mountains, it is all but just a matter of perception. Sometimes even in wandering between places you often realize where your home is and where is it that you rightly want to be. 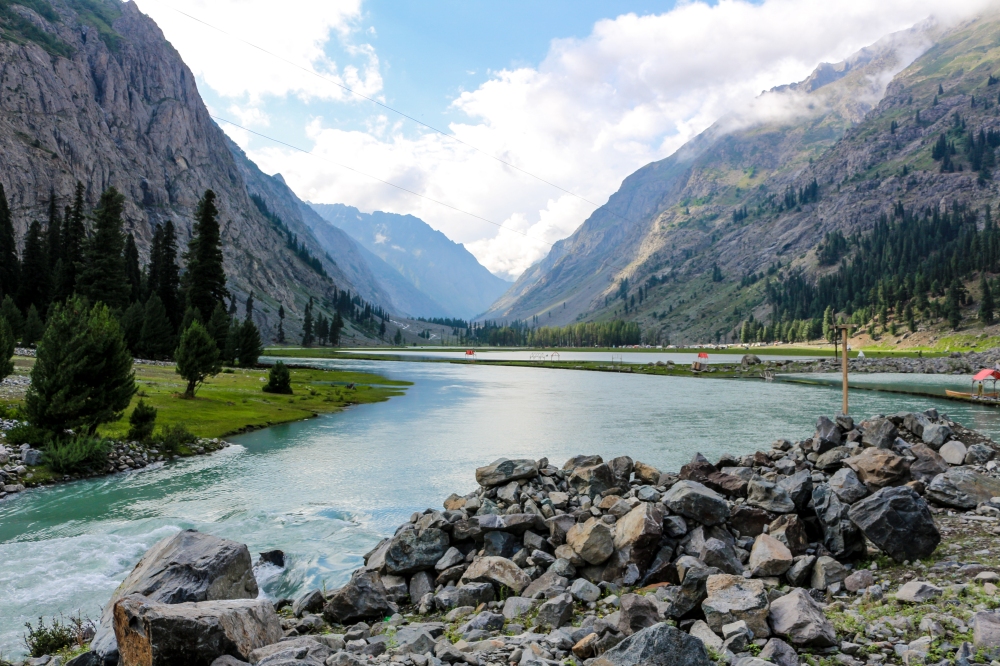 And then again I have also heard people say that they hate travelling, but what can I say to them when in doing what you hate, you often find that which you love. In this hate and love relationship, the wild takes its chances and you yourself prepare for battle but then again what is mankind against the unseen forces of nature and the charm of the wilderness. And when people often question me, why would you go to such lengths of travelling to reach destinations, the only answer I can give them is that the wilderness is the unknown and it is the unknown that charms me and calls me to it, to see what it hides in its bosom. And nonetheless this is another one of man’s psychology, that what is unknown to it, attracts man. Think about it, phenomena that we do not know about or can’t fully explain yet, questions we have about numerous things, all of those are but there because we are helplessly attracted to that which we do not yet know.

Then comes the question that has since the history of time destroyed ideas and ambitions, the question of fear. Aren’t you afraid? Are you not afraid of death? What if something bad happens to you? My dear humans, fear is but an indoctrination, those who indoctrinate it suffer, and those who do not, they live. And now comes the question of death and though I do not mean to disrespect this in any way, shape or form but death is the least of my worries, because if I wake up one morning and I do not exactly know what will happen during the rest of the day, so the verdict lies that if I am to die that day, death will come to me whether I am in a locked apartment or I am walking on the street or even if I am driving down a dirt road or hiking up a mountain. Death if to come, will come nonetheless and no force can stop it and fear only makes it worse.

You see this wilderness has inspired millions to do more than they are doing and to be more than they think that they can. It has been a constant push for many individuals and I would say that it is exactly right the way it is and I would not want it any other way. Once in a while to excite your brains and to raise your adrenaline, the wilderness does its job and declares an ode to you and calls you to it and us as humans, with a benevolent heart often answer its call and embark on an expedition. This is just another call and I am going to answer it. For how great it is to once in a while, feel like a part of nature and not just merely exist in time and space but to surpass time and space and be a part of something bigger, something more divine.

2 thoughts on “A Call To The Wild”